Isolated Utopian Village said to be model for Communist society

Earlier this month, the CIA recently de-classified thousands of pages of documents from the Cold War era pertaining to what was referred to as “The Blue Menace”. For decades, the US government has kept a watchful eye on a small village of mushroom-shaped homes nestled deep inside an enchanted forest that is touted as a Socialist Utopia. Now, for the first time we take an exclusive look at “The Smurf Files”:

“The Smurf society is an unspoiled socialist utopia, and they are quite intent on preserving the utmost secrecy with regards to the location of their home. Smurfs never worry about their own safety and well-being, but, instead about how their actions directly affect the residents of the Smurf Village. They all work together, knowing that their position within this society directly corresponds to the amount of effort they put forth for the betterment of the society as a whole.

For the better part of the past century, Smurf society has been run by a hard-line Marxist known as Papa Smurf. Papa Smurf is the only Smurf in a red uniform, clearly distinguishing him as the cult of personality. Even though his patriarchal title seems to show that the Smurf Village is truly a family, it is really a patriarchal dictatorship, with the figurehead of this puppet government being Papa himself. He cares about them. He is the father. Everyone knows he is in charge, and will handle disputes and make decisions for the good of the society. His rule began by ousting the previous ruler, Grandpa Smurf, who spent decades banished to the wastelands of the forest. Recently, Papa Smurf allowed Grandpa to return to the society to live out his final years, under his late-1980s social reform policies of “smurf-nost” and “peri-smurf-a”.

A great deal of Smurf ideology is instilled in this blue army through chants and songs that are recited whenever they are together in a group. The village holds regular events, in which all 100 Smurf citizens are required to dance exactly the same. Although they are billed as “fun” and “celebrations”, these events are seen as more of an organized rally reinforcing Smurf way of life. When the Smurfs march by, everyone takes notice. Although it has been years since the Smurfs have faced any kind of armed conflict, their reputation precedes them as ruthless military masterminds.

Today, the Smurf village has no needs for a police state, and even the Elite Military Operations Unit’s only assignments seem to be rescuing fellow citizens from being eaten. The only real threat that the Smurfs face is from Gargamel, an evil wizard whose preoccupation with turning them into gold repeatedly reinforces to all of the Smurfs the failure of, and the evils associated with Capitalist Society.

A rare image of Nicholas Smurfanoff (left), the last czar in the Smurfanoff dynasty. He was forced from power under Papa Smurf’s socialist revolution.

For the Smurfs, there is no King, no queen, no heaven, no hell. Religion has no place in Smurf Society, instead they know that they are at the mercy of Mother Nature and Father Time, both of whom the Smurfs have had numerous run-ins with, always meeting with results beneficial to their society.

This society is totally self-reliant. The Smurfs use no form of hard currency, and there is rarely even the need to trade goods or services, because as they are taught to say from infancy: “Papa Smurf always says: share and share a like”. As a classless society, the division of labor in Smurf Village is designed without the possibility for surplus of production, ensuring that no one class will benefit by taking advantage of the others.

While there are definitely members of society whose designation might be more high profile than others, the good of the Smurfs is put before all else. One way the Smurfs are continually conditioned to this idea is by the usage of the word “smurf” itself. Conversationally, it can be substituted for any part of speech.

Under Smurfy Socialism, everyone finds equal means for the development of their respective faculties and utilization of their labour. Each Smurf is assigned a specific role, or a place in the society. Handy Smurf is in charge of any repairs necessary. Hefty Smurf performs the bulk of the manual labor. Farmer Smurf does the hard work of harvesting their food, and Greedy Smurf prepares it for all to enjoy.

Other Smurfs abilities are not as immediately clear. Poet Smurf is a tool Papa Smurf’s propaganda machine. Jokey Smurf’s exploding presents serve to provide a lighthearted respite in what could easily prove to be a dreary existence. (Also, his proficiency with explosives makes him a valuable tool should Papa Smurf ever desire the formation of a “Blue Ops” assassination team.)

Some Smurfs’ roles are to set an example of what good little Smurfs should strive not to be. Vanity Smurf illustrates how pre-occupation with one’s self can be bad for the society as a whole. Lazy Smurf’s lackadaisical lifestyle shows what can happen if everyone decided that they were too tired to do their required tasks. Nosey Smurf, by asking bothersome questions and continually investigating the unknown, demonstrates the perils of troubling your mind with things that do not concern you.

Interestingly enough, there is only one female member of the Smurf society. She is referred to as “Smurfette”, a very demoralizing title, in order to immediately place her into a secondary and subservient role. For, as the only female, Smurfette definitely would have the means to pose a real threat to Papa Smurf’s rule. However, she is not viewed as dangerous, as she spends all of her free time working on her garden. 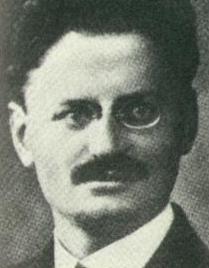 The only real threat may be Brainy Smurf. Every one of these recently released files concludes with Brainy Smurf being forcibly ejected from the Smurf Village. He clearly represents the contempt for intellectualism this type of society has. His intellect rivals that of Papa Smurf, who realizes that Brainy Smurf could very easily start a revolution against him. Brainy Smurf knows that he is capable of running things in the Smurf village, but he lacks the maturity to take charge and the support of the other Smurfs.

Brainy’s isolation is part of Papa Smurf’s plan for keeping himself at the top of the food chain. Brainy’s volumes of “Quotations of Brainy Smurf” are often referred to, and yet, none of the other Smurfs ever reads them. The possibility of all the Smurfs being capable of the same intellect of Brainy, or even Papa Smurf himself, is a very real threat. As such, Brainy is sought after only whenever completely necessary, but banished outside of the Smurf village whenever it seems likely that he would get any of the other Smurfs to question the structure of their society.

Brainy Smurf’s subjugation to a tertiary role and the potential threat it poses to Papa Smurf’s leadership makes the Smurf Village a potential hotbed of military activity, one which will need to be continually monitored for the foreseeable future. If Brainy Smurf were to make any inroads amongst the other Smurfs, it is our belief that the United States would benefit greatly from Brainy Smurf’s rule. As such, it is the Central Intelligence Agency’s proposal that an exploratory commission be set up to see what steps could be taken now, to put the U.S. in the best position if and when an uprising occurs.”

Sources: The above works have been adapted from the following articles.
All credit where credit due.

The Smurfs Were Communists!
By Dave Morgan, Published on his Home Page February 14, 1996
http://www.iamlost.com/features/smurfs/commies.shtml
http://www.mushroomvillage.com/smurfs-article035.html

The Smurfs as a Paradigm for Communist Society
Written by Eric Lott in Spring, 1995 and published on his personal web page September 27, 1997

Socio-Political Themes in The Smurfs
by J Marc Schmidt, author of Egg Story