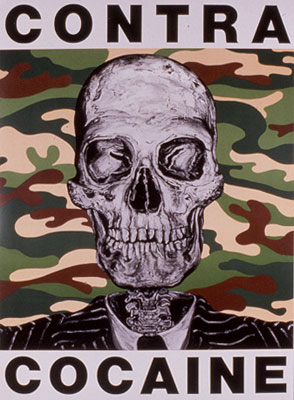 The following are a series of revealing articles on the connection between the CIA-backed Nicaraguan Contras and the smuggling of illegal drugs, particularly cocaine. They are among the first exposés about Contra drug smuggling published in the United States. They were written by journalist Gary Webb for the San Jose Mercury News in 1996 under the series title “The Dark Alliance.” The articles, which alleged a connection between the Contras, the CIA and drug trafficking, quickly roused a strong reaction throughout the U.S. and triggered a smear campaign. Webb’s career was destroyed shortly after these articles were published by right-wing Reaganite journalists in support of the Contras.

The following copies were obtained from the website of the Seattle Times, since the San Jose Mercury News where they first appeared has removed the entire Gary Webb series from their web site.

Drug agent thought she was onto something big

On a November afternoon in 1981, San Francisco DEA agent Sandra Smith inadvertently uncovered the first direct link between cocaine and the secret army the Central Intelligence Agency was assembling to overthrow the government of Nicaragua.

Smith, one of the first female Drug Enforcement Administration agents in the Bay Area, was investigating rumors that a cocaine ring run by Norwin Meneses was bringing drugs into California and, for some reason, sending weapons down to Central America.

It was, she said, ”the only (case) that I ever worked, in all the time I worked there, that I thought was really big.”

She had good reason to be excited. Federal agents had amassed a thick file on Meneses, running across his tracks in New Orleans and Los Angeles, a 1981 DEA affidavit said. As far back as 1978, it said, agents knew Meneses was bringing multi-kilo quantities of cocaine into the United States — huge amounts by the standards of the day.

Because Smith’s investigation was terminated shortly afterward, she never learned who lived in that house. But two years later, its owner would become involved in one of the more curious incidents in the annals of the war on drugs.

His name was Carlos Augusto Cabezas, and, like Norwin Meneses, he’d been on the losing side of the Sandinista revolution in Nicaragua. Then 37, Cabezas held degrees in law and accounting and ran the foreign division of the Bank of America in Managua. During the war, he was a pilot for the Guardia, the army of U.S.-backed dictator Anastasio Somoza.

Yet by February 1983, Cabezas was in jail in San Francisco, accused by the FBI of being part of a drug ring that brought more than $100 million worth of cocaine into the country aboard Colombian freighters. Police cracked the case when they nabbed frogmen swimming ashore at Pier 96 near Hunters Point with 400 pounds of cocaine. At the time, it was the largest cocaine seizure in California history, and 35 people were ultimately arrested.

Though Meneses was never charged, court records said there was ”a direct and ongoing connection between the Meneses organization and Carlos Cabezas.”

Bay Area papers treated the case like any big drug bust — a front-page headline and a picture of the dope. But the Nicaraguan press saw something else entirely.

”Somoza supporters involved in drug trafficking,” is how the Feb. 20, 1983, edition of Barricada, a pro-Sandinista daily in Managua, headlined its story. Citing unnamed Nicaraguan government sources, the story said that among the group arrested ”there were many who are linked to the ex-Guardia group of Somoza supporters in San Francisco, and through this link in the cocaine trafficking, they were giving economic support to the Contra revolution.”

The first inkling here that the Frogman Case was something extraordinary came in June 1984, when the attorney for the cocaine ring’s alleged leader, Julio Zavala, asked the government to return money seized from Zavala’s apartment the morning of his arrest.

Along with an assortment of arms, drugs, passports and catalogs for machine guns and silencers, agents found $36,800 in cash. Federal prosecutors declared it was drug money and said they would use it as evidence at Zavala’s trial.

But Zavala insisted the cash wasn’t from drugs; he said the money had been given to him by the Contra army to buy supplies in the United States. To prove it, two exiled Contra leaders wrote the court and swore that the money seized from the cocaine dealer was ”for the reinstatement of democracy in Nicaragua.”

Those letters were hurriedly sealed after prosecutors invoked the Classified Information Procedures Act, a law designed to keep national security secrets from leaking out during trials.

The money is returned

Soon, U.S. Attorney Joseph P. Russoniello decided he really didn’t need the money as evidence. Nor did he want it forfeited to the government, which is standard procedure in drug cases. Instead, on Oct. 2, 1984, the Justice Department gave Zavala the money back.

But that wasn’t the end of the issue.

A few weeks later, at Zavala’s trial, Carlos Cabezas took the stand as a government witness against his old boss and exposed additional details of the Frogman ring’s ties to the CIA’s army.

Cabezas said Zavala, who was convicted of the drug charges, had sent him to Costa Rica in late 1981 to pick up two kilos of cocaine from a man named Horacio Pereira, an exiled Nicaraguan businessman, and bring the cocaine back to San Francisco. But when he got there, Pereira had changed his mind and wouldn’t hand over the dope because he’d heard Zavala was drinking heavily.

Cabezas said Pereira didn’t want someone unreliable handling the money because he ”was helping the Contra revolution in Nicaragua.”

Cabezas said he agreed to be responsible for the Contras’ cocaine profits and said Pereira eventually sold him a total of 12 kilos, worth at that time about $600,000 wholesale.

Pereira, a business associate of Norwin Meneses, was later convicted on drug charges in Costa Rica. Secret tapes made during that investigation revealed he was in frequent contact with Contra commanders. In addition, a 1982 FBI report — which wasn’t made public until 1988 — identified him and two other Contra leaders as the cocaine suppliers for the Frogman ring. Pereira was ”chopped into tiny bits” a few years ago as a result of a drug debt, according to Meneses.

Why DEA agent Smith’s investigation of Meneses — which predated the FBI’s Frogman bust by two years — was halted is not clear. Smith said her superiors didn’t share her enthusiasm for the case and she was sent off to investigate motorcycle gangs in Oakland.

”I’m not so sure the DEA management took (my investigation) seriously enough to allow me the time and the assistance I would have needed,” she said.

When she quit in 1984, Smith asked her fellow DEA agents if they wanted the intelligence files she’d collected on Meneses in case ”anyone might be interested in picking up where I left off,” she recalled.

”No one was. So I had a lot of notes that I had made that, just for lack of doing anything else (with them), I just shredded. No one was interested.”

TUESDAY: The impact of the crack epidemic on the black community, and why justice hasn’t been for all.