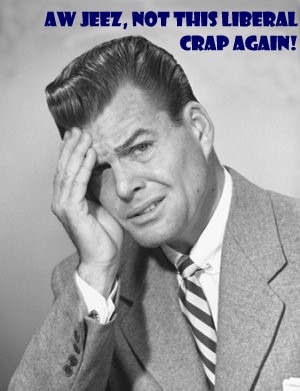 Someone brought to my attention that my research is being discussed here.

I asked Mike Ely if I could respond, and he agreed that I could. I welcome criticism! But to be valuable, it has to be accurate.

Here are some remarks that I believe are NOT accurate:

“Grover insists that he has proven that the Moscow Trials came to a justified verdict (i.e. that former leaders of the Communist Party of the Soviet Union (Bolshevik) were spies and conscious agents of German and Japanese fascism (and Polish intelligence and in some cases British intelligence etc.) And he claims that this was proven by the confessions they gave at their trials, and by his own subsequent research.”

All evidence is relevant. Confessions are evidence. So it would be incorrect to ignore them.

The question is: Were these confessions “scripted” – written by the NKVD investigators? Or do they represent what the defendants wanted to say?

Note: NOT “were they truthful”. That’s a different question. We can say for sure that some of the defendants deliberately lied in their statements at trial, to mislead the authorities.

My method is to be as objective as I possibly can, and get at the truth.

If Stalin “framed” people, I’d like to know about it. I’m not interested in “discrediting” those who disagree with me or “inflating” the evidence that I present.

“Similarly, Furr has decided to spend his life defending the disproven and discredited claims that Trotsky, Zinoviev, Radek, Bukharin, Tomsky, Kamenev, the heads of the Soviet military and dozens of other leading Bolsheviks were paid agents of foreign powers,…”

This is false. I never wrote this. For the sake of brevity I’ll just make two points:

* I have never written that Zinoviev, Radek, Bukharin, Tomsky, or Kamenev were “paid agents of foreign powers.” There’s no evidence that they were.

* The Moscow Trials have never been “disproven”. No one has ever presented any evidence that the defendants’ testimony was compelled by torture or threats, or that the defendants were innocent of the crimes to which they confessed at trial. No one, ever.

“You can’t refute Grover Furr’s evidence, because he has no evidence of his claims. He offers piles of facts, statements, quotes, documents… but they do not prove his claims. They simply obscure the lack of proof of his claims.”

This is false. I present lots of evidence, and analyze it too.

“Grover Furr is attempting to say that the 1930s claims of the Soviet party and leadership (of a vast Nazi-inspired conspiracy of assassins, wreckers and spies led by Leon Trotsky from exile) is justified by historical evidence (and particularly by the material in the Soviet archives). None of this is true:…”

Mike is mistaken. The concrete claims I make in my articles and book are well demonstrated by the evidence I present.

“You do not have to be an expert on the USSR to point out that Furr has failed to make his case, since Furr uses invalid argumentation.”

No, I do not. I would appreciate it if you could give me one concrete example of my “invalid argumentation.”

Not Mike Ely’s, or somebody else’s, “summary” or “description” of what I write, but examples from my articles / book. That’s all I can be responsible for.

“Neither is Grover Furr. Furr is an English professor, not a historian by profession.”

Pardon me, but that is nonsense. I was trained in literary history. This is a branch of the study of history.

Please see the opening section of my interview with _Literaturnaia Rossiia_ back in 2008, where I briefly explain this, at

“Anyone who has the least familiarity with the work of Getty and Thurston know they do enot ven remotely support Grover’s conclusions as to the vast conspiracy of Trotskyite/Zhinovite wreckers doing the bidding of foreign intelligence agencies.”

EVIDENCE, not what X or Y says, is what we should be concerned about here!

I have a great deal of respect for both Arch and Bob. They are among the very best in what is unfortunately a field of study dominated by dishonest anticommunists and Trotskyists. But neither Getty nor Thurston presents any evidence that the conspiracies did NOT take place. Neither does anyone else.

As for the “Evidence of Leon Trotsky’s Collaboration with Germany and Japan” – the title of my 2010 article in _Cultural Logic_: to my knowledge no one else has ever bothered to find, collect, and study this material.

“I thought his [Mike E.’s] critique of Furr’s ‘just so story’ method was pretty good…”

“Furr is not a ‘creationist dupe.’ He simply uses a similar flawed method, discounting whole categories of evidence as not really evidence.”

I think it is obvious that Carl D. has not studied my research at all. No one who has could ever call it a “just so” story!

“Mike, having read Grover Furr’s work, and being a long time history of Soviet history, I tend to agree with you that he reaches false conclusions and that the problem is his method, including his disregarding of what Molotov wrote.”

I never “disregarded what Molotov wrote. I just sent Mike some evidence on this point.

Contrarian: I would appreciate some specific criticisms of specific passages in my research!

I do not agree in the least that there is anything faulty about the “method” I use. If you think there is, I’d appreciate your pointing it out to me.

“In fact, no need understand anything about the history of the USSR in order to be able to dismantle Furr’s work, because where it fails is not on facts, but on logic.”

Please point out a couple of examples of errors of logic in my published research.

In conclusion: I am grateful for all close, cogent criticism. Unfortunately, I don’t see any such criticism here, or on previous discussions of my work on Kasamaproject.

Feel free to email me privately with your criticisms, if you do not want to continue this thread.

Thanks for your time and attention, and thanks to Mike Ely for allowing me to post this response.