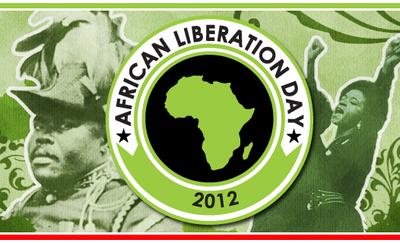 When the first African Liberation Day (ALD) demonstration was held in 1972, the U.S. front of the African liberation movement was reeling from deathblows being delivered by the U.S. government in a counteroffensive that had littered the international landscape with the bodies of murdered black freedom fighters around the world.

Hundreds, perhaps thousands, of others were rounded up at gunpoint and herded into concentration camp jails and prisons in the U.S.

This was the U.S. response to the changing world that was reducing the list of hosts that U.S. and European parasitic capitalism relied on for its existence.

Since the bloody carnage of the second imperialist world war between the U.S. and European powers to re-divide the world, the struggles of the peoples beaten down by imperial white power had escalated to an alarming degree.

The independence of India, which occurred in 1947, was followed by the success of the Chinese revolution in 1949.

Peoples of all countries were demanding freedom from white power.

And although the 1950s saw the temporary success of imperialism in overturning progressive governments in Iran and Guatemala, and defeating the revolutionary resistance movement of the Kenyan Land and Freedom Army, the Mau Mau resistance in Kenya and the successful 1959 Cuban revolution set off a chain of events in South America, Africa and elsewhere that presaged a bleak future for imperialism.

The struggle of African people in the U.S. had seen the ebbs and flows being experienced by freedom movements worldwide.

Patrice Lumumba was overthrown and murdered in the Congo in 1961, and Kwame Nkrumah was deposed in Ghana by U.S. imperialism in 1966. In the U.S. Malcolm X was murdered by U.S. agents in 1965.

Martin Luther King Jr. and Fred Hampton both were assassinated in 1968, and in Bolivia, Che Guevara was murdered by CIA-led mercenaries in 1967.

Nevertheless, the 1960s held out the promise of a liberated future for African people worldwide.

Algeria won its independence in 1962 and in Ethiopia, the Organization of African Unity (OAU), a distorted, diversionary response to Kwame Nkrumah’s call for a united continental African state was created in 1963.

It was on May 25, at the founding of the OAU, that it was resolved to make that date African Liberation Day.

Despite that historic declaration, however, liberation struggles of African people remained unresolved in Africa and elsewhere.

At the time of the OAU founding, the struggle within the U.S. was shaking the ideological and political fabric of the country to its core.

Liberation movements were blazing in Rhodesia, southwest Africa, Guinea Bissau, South Africa, Mozambique and Angola. These struggles continued to illuminate our possibilities, even after we had suffered some of our most serious setbacks.

On May 27, 1972, the first ALD mobilizations took to the streets as a direct response to the call of the liberation struggles being waged on the continent of Africa.

It was while organizing for this momentous event that the African People’s Socialist Party was founded, through unification of three mainly Florida-based organizations that came together to participate in the May 27 ALD mobilization.

African Liberation Day 2012 occurs on the 40th anniversary of the first ALD mobilization.

It is also the 40th anniversary of the founding of the African People’s Socialist Party.
These are two of the reasons for its historic significance; however, there are other reasons.

Our movement for the liberation and unification of Africa and African people has suffered many setbacks since the heady days of the founding of the OAU and the presumed victories of the 1960s.

The first 1972 ALD mobilization obscured the defeat that had been dealt to the organized African resistance in the U.S. and some other places.

The imperialists succeeded in installing neocolonial puppets in power throughout the world to preside over the looting that keeps a parasitic imperialist world system alive at the expense of the resources, dignity and sovereignty of Africans and others.

Even today the U.S. and NATO, almost the entire organized white world, are wreaking bloody havoc to install a neocolonial government in Libya in North Africa.

But the tables have surely turned, and the future of our people looks brighter than ever, as a desperate imperialism fights for its very life.

White power is on the ropes and nothing it can do will save it.

Not even the ploy of attempting to hide its face behind the black mask of an African president in the U.S., headquarters of worldwide imperialist white power.

Today, a haggard, gun-wielding imperialism staggers through its shrinking domain, weakened by its loss of extorted colonial sustenance and increasingly isolated in a world being changed by the growth of free and rebellious peoples who are declaring that the days of colonial slavery are over.

Today, because of its growing losses, the imperialist world economy is severely broken.

Imperialist “economists,” blinded by characteristic arrogance and unable to admit imperial white reliance–that is to say, dependence–on the resources of the oppressed, cannot correctly diagnose the problem as the resistance of the people.

The imperialists are facing a crisis, the likes of which they have never experienced.

The assumption that this is a typical cyclical capitalist crisis that can be resolved by shifting the burden of the crisis onto the backs of the colonial peoples is a form of whistling in the graveyard.

Precisely, the struggles of the colonial peoples are responsible for the crisis and, hence, the inability of the imperialists to turn to this solution of the past.

And while it is possible the U.S. and its allies will succeed in replacing the current government of Libya with pliant, neocolonial quislings, the crisis of neocolonialism is a part of the overall crisis of imperialism.

Indeed, the existence of Barack Hussein Obama in the U.S. White House is the greatest evidence of the general unreliability of neocolonialism around the world that the U.S. would have to deploy an imperial neocolonialism.

Today, facing the 40th anniversary of the first African Liberation Day mobilization, we do so under the leadership of the African People’s Socialist Party, which has accumulated 40 years of experience and achieved the ideological clarity, political maturity and organizational breadth to lead us to victory, to the liberation and unification of Africa and African people worldwide.

Victory is Imminent!
Forward to ALD!
One Africa! One Nation!

One thought on “Forty years of African Liberation Day! Time to build the Party to complete the struggle”